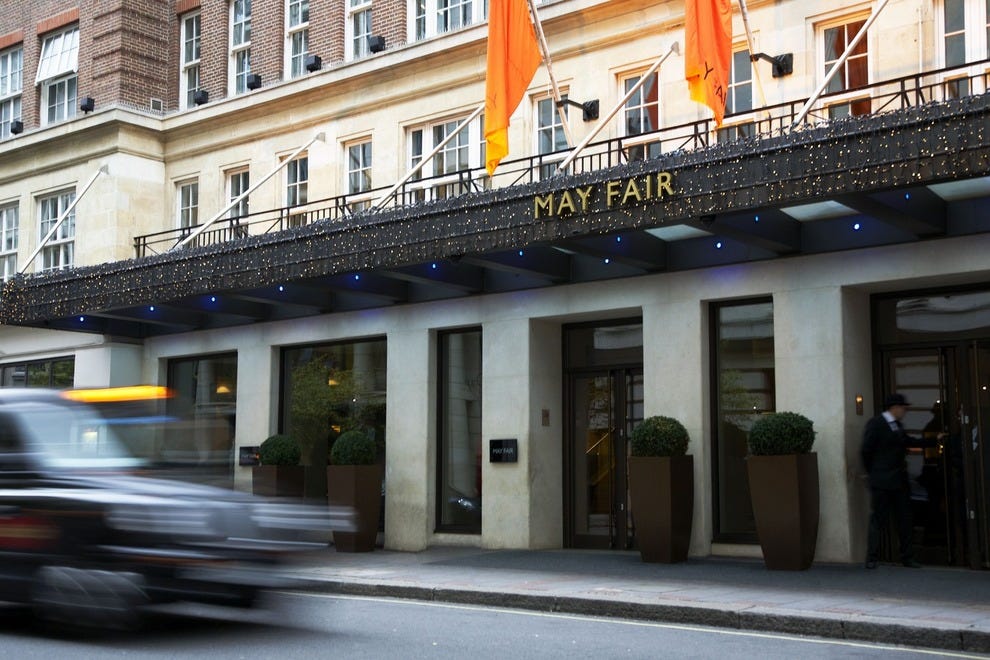 The Ritz and The Dorchester are both worthy of their reputations. They’re living, breathing monuments to people’s fantasies of luxury, and they make sure that their visitors enter a trance of all things intricate and opulent.

But the Mayfair area is a bustling central London spot like many others. And from time to time, visitors need to stay somewhere that will take them back down to Earth.

That’s where The May Fair hotel comes in; it’s lovely and stylish, supplied with welcoming staff and scented like the inside of Stella Tennant’s handbag. But it has very consciously traded a layer of old-school, stuffy decadence for something more streamlined and functional. 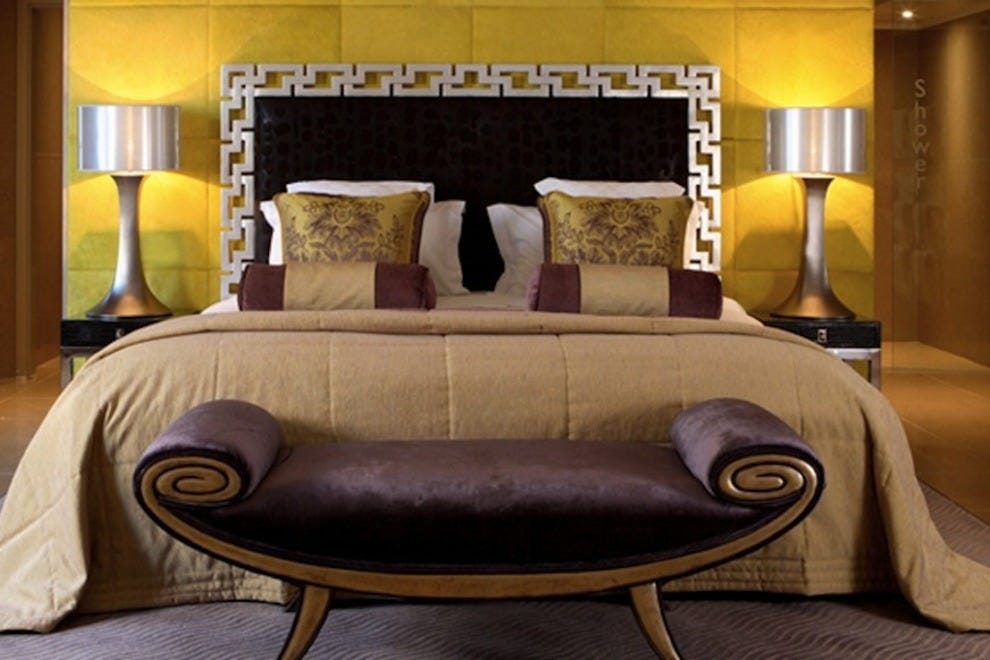 This is the type of hotel you could see Grace Coddington or Annie Liebowitz traipsing through, rather than Princess Anne or Donatella Versace.

Even the hotel itself has come to terms with this sort of dual identity, proudly claiming, “There are 5-star luxury hotels, and then there is The May Fair: an icon of expressive contemporary design, bringing together boutique attention to detail with grand hotel service.”

The hotel isn’t entirely without history, though. The May Fair was first opened by King George V in 1927, and it’s dotted with some iconic pieces of art and interior design.

The hotel offers spa services (Get a 75-minute hot stone massage for £135.); a business center; gym; and also on-site dining. The May Fair Kitchen boasts chefs who have “sourced every ingredient from the farmer, fisherman or grower who originally produced it. Even the salt.” 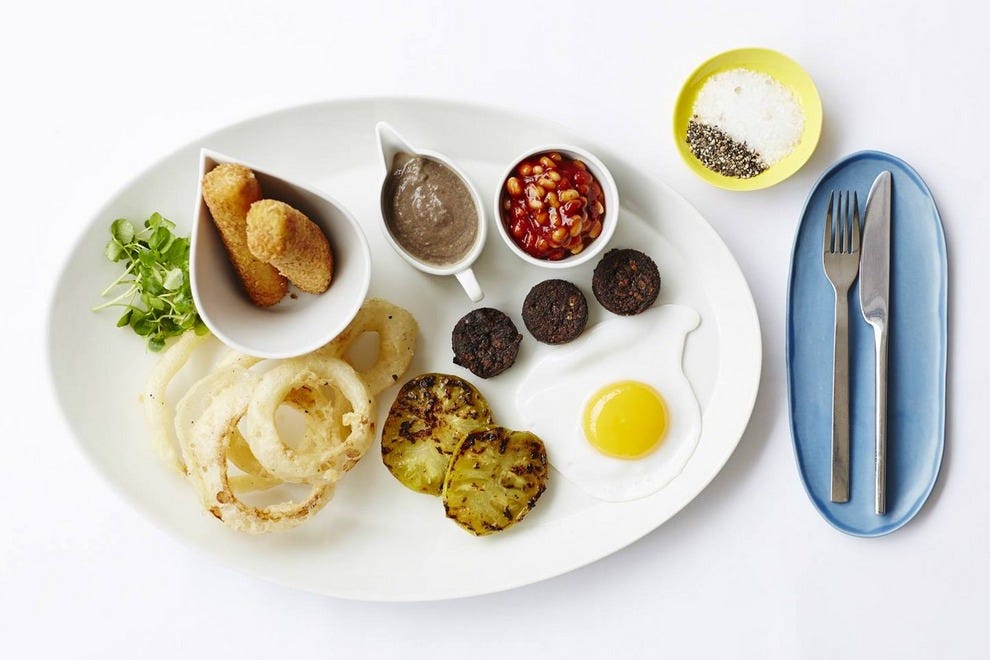 Not your traditional mixed grill — Photo courtesy of The May Fair

Their cocktail list is, as you might expect, stylish and perfectly curated. Try an Excalibur of Great King Street scotch, Blandy’s Malmsey, Pierre Ferrand orange Curacao and Abbott’s bitters for £15.

Its rooms range from basic (which are anything but, with “Catalan-designed furniture and a beautiful Sicilian marble bathroom complete with power shower”) to fabulous. And the hotel even offers 24-hour butler service and airport pickup for its suite-dwellers.

The May Fair is the perfect luxurious treat for the sensible traveler. You won’t be choking on gold leaf or tripping over oriental vases, but you’ll leave with a little aura of indeterminable cool and the posture of some Georgian socialite. 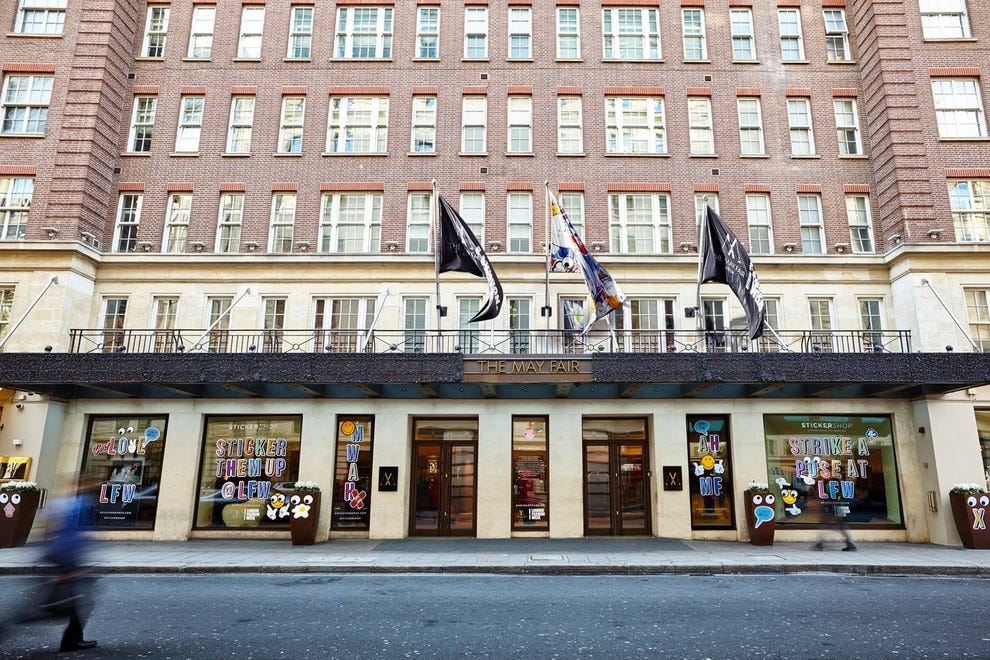