ANNE, currently showing at Theater Amsterdam, a venue specially built for the play, is an emotional production that brings the story of Anne Frank to the stage.

From family feuds and moments of tension to lighthearted moments and her transition into a young woman, up to the terrifying and heartbreaking moment of being discovered in the Secret Annex, the play explores the raw emotions and feelings Anne so accurately detailed in her diary. 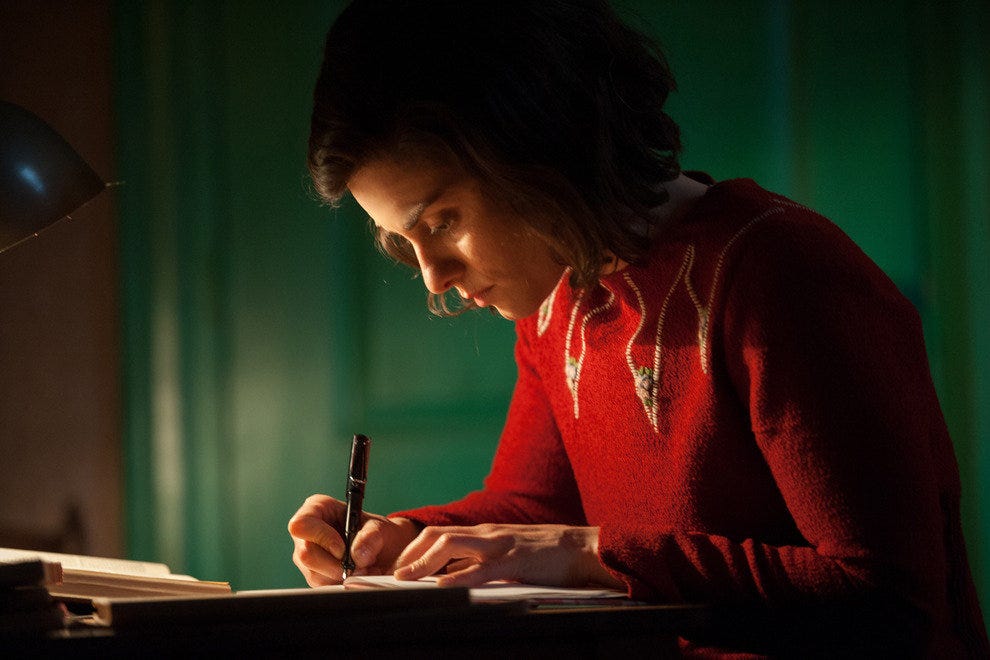 The life-size set allows patrons to get a glimpse into the Frank’s apartment on Merwedeplein, as well as see the Secret Annex from all angles. The building rotates 360 degrees. Additionally, the musical score matches the tone of the performance perfectly. Plus, the play features photos, audio and video from World War II.

For the first time in theatrical history, a play uses direct excerpts from her diary. ANNE even incorporates information found in her original, unedited journal.

ANNE, initiated by and created in cooperation with the Anne Frank Foundation in Basel, Switzerland, was written by Jessica Durlacher and Leon de Winter. It’s produced by Imagine Nation, in collaboration with the Dutch National Theatre.

“We reveal a lot of stuff that nobody knew,” says Kees Abrahams, producer of ANNE and founder of Imagine Nation, “But it wasn’t revealed before because the family didn’t allow it.”

After the war, Anne’s father Otto Frank was the only survivor of those who were hiding in the Secret Annex. Anne’s diary was saved, as well, thanks to a friend of the family, Miep Gies. Anne hoped her diary would one day be published, and her dream came true.

She had already started editing the diary while they were in hiding, so Otto released a version that combined her original and edited thoughts. He, however, omitted sexual content and trimmed down text that may have defamed those in hiding, including Anne’s mother Edith.

This production of ANNE covers all versions of Anne’s story, bringing to life material from her original diary in a completely uncensored fashion.

The entire performance, including intermission, is just over three hours. While the play is performed entirely in Dutch, it’s still suitable for non-Dutch speakers. The theater provides a translation system, facilitating viewers to follow along in eight different languages.

The system allows a person to read a summary of each scene, activate subtitles or listen to the audio version in the guest’s preferred language. The subtitles and audio, which can be used simultaneously, track the script in real time.

Visit Theater Amsterdam’s website or the box office for times and tickets. Please note: Due to the sensitive subject matter, the theater advises the performance is only suitable for ages 12 and up.

The performance ties in nicely with a visit to the Anne Frank House, located in Amsterdam on the Prinsengracht. Rosa da Silva, the actress who plays Anne Frank, believes the Annex allows visitors to experience the space where the Frank family lived in hiding for two years.

Seeing the play, however, addresses the complete story of Anne, showcasing a teenage girl who simply wanted to grow up, pursue her ambitions, fall in love and ultimately live life.

“If you know the story of Anne, you can go to the real Annex here in Amsterdam, but if you see the play, you also see Anne as a young girl who has a lot of dreams,” says da Silva. “Anne for me is not just only the symbol of the Second World War. She is much more than that. She is also a girl that gives you a lot of hope and energy.”