With its “anything goes” attitude, Cabo San Lucas has always been relatively tolerant and gay-friendly, and Los Cabos, in general, is hospitable to the LGBTQ community, particularly in terms of vacation villas and marriage and renewal of vows ceremonies. Despite the respectable turnout for the annual Gay Pride parade, however, the area lacks the vibrant gay nightlife scene found in some of the more highly populated Mexican cities and resort areas (most notably, Puerto Vallarta).

There is only one gay bar of note–Chandeliers–and much of the local scene remains centered around the larger and more diversity-friendly dance clubs like Pink Kitty and Mandala. Chandeliers is the beacon of the gay club scene in Cabo San Lucas, the one must-visit club for LGBTQ vacationers. The second story party palace opened in 2013 the heart of the tourist district (less than a block from Cabo Wabo Cantina), and now showcases its reverse banker’s hours (9 p.m. to 5 a.m.) five nights a week. 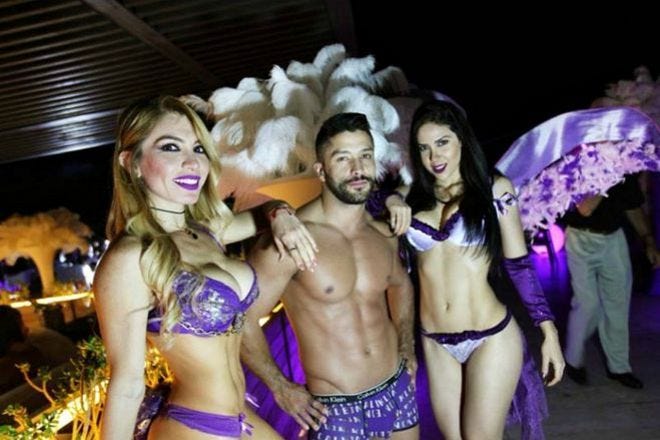 Purple is the VIP rooftop lounge at Breathless, the hip new adults-only all-inclusive that opened in December 2015 at the juncture of Médano Beach and the Cabo San Lucas Marina. Festive to-dos and theme nights are a big part of Breathless’ appeal. The resort has already established a successful relationship with locals, who have eagerly bought up ticket access to daytime pool parties and nightly party passes entitling purchasers to enjoy the high-energy ambiance and tropical seaside breezes at its onsite clubs and restaurants. For resort guests, access to Purple is part of the Unlimited-Luxury package. Purple hosts a variety of weekly events, ranging from toga parties to pajama-clad PJs and DJs affairs.

Recommended for Gay Clubs because: Purple excels at special events, promoting an upscale “anything goes” atmosphere.

Chris’s expert tip: Check the calendar for some of the region’s best theme parties, from toga and pajama parties to karaoke and fashion nights. 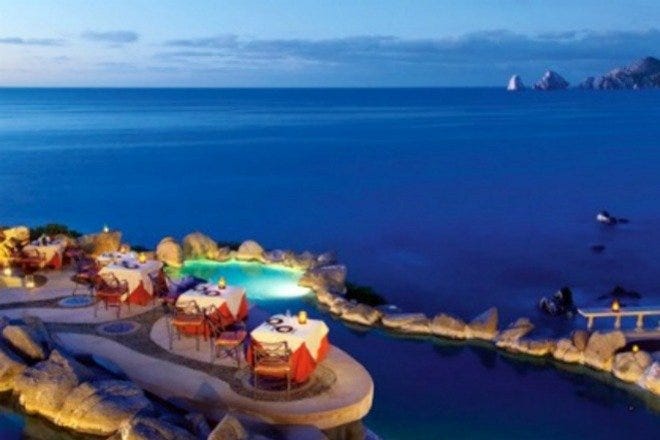 This is one of the most picturesque restaurants you will find anywhere, with tables perched seemingly atop the Sea of Cortés and breathtaking views of Land’s End. Pasta and fresh local seafood are the specialties – the place has its own fishing boats, and will cook up your catch for dinner – but there is also an upstairs bar and pizza lounge, and a newly installed Taittinger Terrace Champagne and Oyster Bar. Considering the magnificence of the setting, it is perhaps not surprising that they have wedding services available. Both the food and the drinks here are excellent, but it is the majestic, awe-inspiring atmosphere that makes any visit to Sunset MonaLisa a memorable experience. Reservations are recommended year round and are an absolute necessity for sunset dining during the tourist season (Oct. – May.).

Recommended for Gay Clubs because: This is the perfect sunset cocktail spot in Los Cabos.

Chris’s expert tip: It can get pretty chilly after dark during the winter months. Sweaters or light jackets are recommended.

Cape cities Cabo San Lucas and San José del Cabo each have their specialties. The former is best known for its boisterous nightlife, the latter for its thriving fine dining and cultural scenes. San José does boast one nightclub, however, the equal of any late night mecca in San Lucas: a sui generis, Prohibition-era speakeasy concept called Mixology Fusion Bar, admittance to which is premised on knowledge of the secret password. Founded in 2014 by Sabrina Reynoso and Mauricio Mercado, Mixology has become a benchmark fixture of San José del Cabo’s historic Art District, with Saturday night parties that include specialty cocktails and DJs pushing the boundaries of the high-performance audio/lighting systems with deep house music. Jazz and disco are featured on Thursday and Friday, respectively. Check their Facebook page @mixologyfusionbar for upcoming events, location and contact information.

Recommended for Gay Clubs because: This is the coolest concept bar in Los Cabos and the best LGBTQ nightlife option in San José del Cabo.

Chris’s expert tip: Attendance is Prohibition style, with secret passwords. Visit their Facebook page @mixologyfusionbar to find out how to get in on any given night. 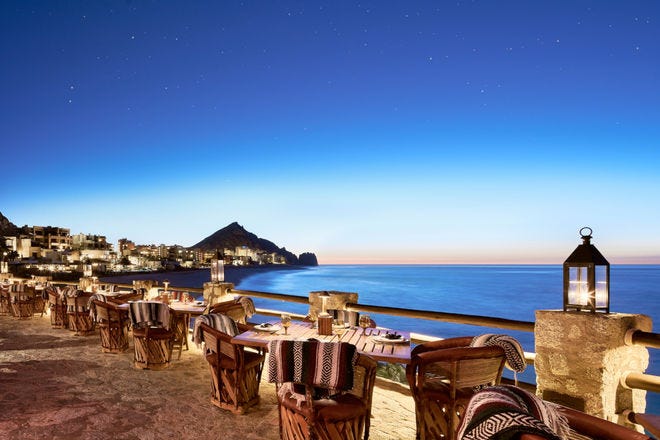 The Champagne Terrace at El Farallón owns the cocktail hour in Los Cabos, pairing over 15 varieties of sparkling wine with the restaurant’s signature asset: a spectacular cliffside setting overlooking the Pacific Ocean at the exclusive Waldorf Astoria Los Cabos Pedregal in Cabo San Lucas. El Farallón adds fresh local seafood to its bubbly ambiance and panoramic views, featuring decorative touches like lanterns and beautifully crafted wicker chairs, fine linen and polished silver. The fish is fresh daily, and diners pick their dinner market style, choosing from a selection of sea bass, red snapper, striped bass, shrimp, tuna, dorado, clams and lobster. The fish is then weighed and taken to the chef to be grilled with an array of fresh chilies. Soups and salads are included with all entrées.

Recommended for Gay Clubs because: The Champagne Terrace is the king of the cocktail hour in Cabo San Lucas. 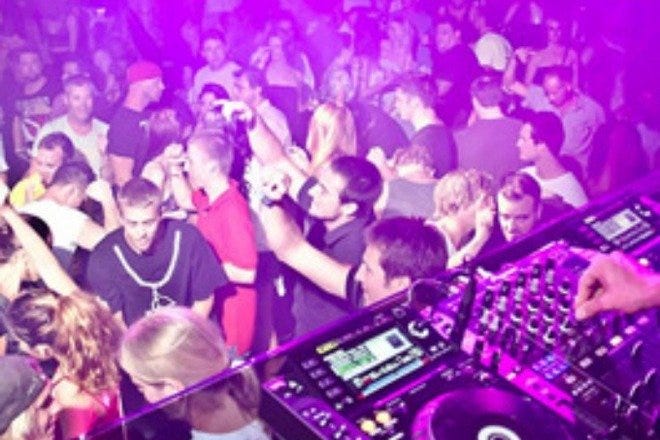 A chic and sexy downtown nightclub with boutique boudoir décor and lots of high-end bottle service, Pink Kitty has for nearly a decade now been among the premier places to see and be seen in downtown Cabo San Lucas, and a landmark of the local late-night scene. Once a popular stop for visiting celebrities, it remains one of the few places visitors can really show off their upscale tropical wardrobe. It’s also a great place to dance the night away, thanks to a rotating cast of great international DJs. In addition to the terrific dance music, there are also many theme parties and special events.

Recommended for Gay Clubs because: Pink Kitty, like most dance clubs in Cabo San Lucas, is gay and lesbian-friendly.

Chris’s expert tip: Pink Kitty is known for their special events, past examples of which include Valentine’s Day Love and Lust Lingerie Ball and the Pimp and Ho Charity Costume Ball. Upcoming events are always posted on their Facebook events page. 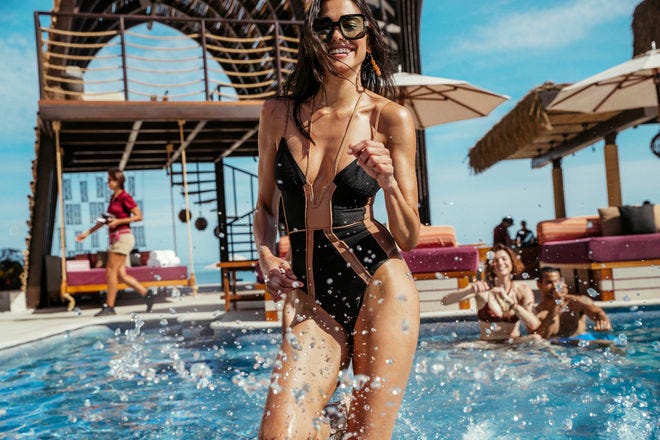 What kind of club closes at 8 p.m.? The newly opened OMNIA Dayclub at Vidanta is not only the strangest new club concept in Los Cabos, but it may also be the hippest. Three of the world’s top DJs – Steve Aoki, Calvin Harris and Zedd – inaugurated the new poolside party palace in February 2018, and the beats have been going strong ever since. The new “daylife” scene on San Jose del Cabo’s Playa Hotelera is courtesy of Grupo Vidanta and the Hakkasan Group, lifestyle brands that have partnered to add four club, lounge and restaurant concepts to the resort, including the Day of the Dead themed Casa Calavera and the casual outdoor cocktail mecca SHOREbar. OMNIA is the unquestioned star, however, a beachfront club boasting private cabanas and plunge pools, plus two-story VIP bungalows. The dance scene at OMNIA warms up during the afternoons when the latest celebrity DJ takes over.

Recommended for Gay Clubs because: The Vidanta Los Cabos Entertainment District is a welcoming party spot for LGBTQ visitors, and site of the hippest poolside scene in San José.

Chris’s expert tip: Check the OMNIA Dayclub website to find out which DJs are scheduled to perform. 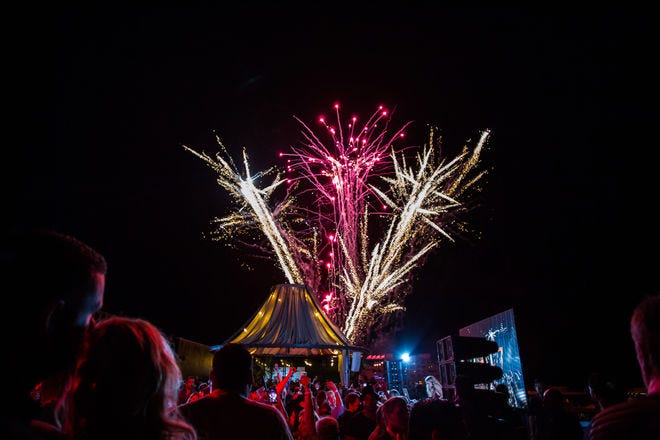 The most notable nightclub addition of 2015 was The Rooftop at The Cape, the new Thompson Hotel at Sunset Point in the tourist corridor that connects Cabo San Lucas and San José del Cabo. Set atop a six-story boutique resort, this hip new late-night lounge and beer garden features tropical chic furnishings from Arquitectura de Interiores’ Marisabel Gómez Vázquez, and stunning sunset and moonlit views of the granite rock formations at the southernmost tip of the Baja California peninsula. Local craft beers and cocktails from the resident mixologist provide plenty of flavor, with rhythms courtesy of guest musicians or visiting DJs. The Rooftop is already a popular venue for private events and is quickly becoming a favorite weekend haunt of the local smart set.

Recommended for Gay Clubs because: The Rooftop is very cosmopolitan, and one of the best upscale cocktail lounges in Los Cabos.

Chris’s expert tip: This is one of the best sunset cocktail spots in Los Cabos.

Read more about The Rooftop Lounge at The Cape → 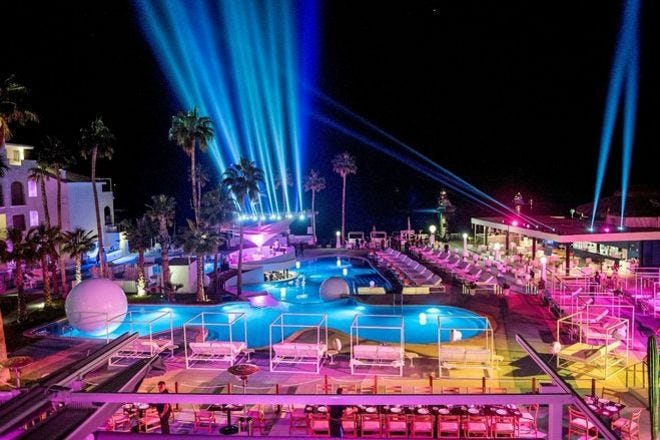 How do you become the hippest resort on Médano Beach, the social center of Cabo San Lucas? For ME Cabo Resort, the answer was easy: put a nightclub by your swimming pool, blending a bikini-friendly atmosphere with bottle service and a DJ spinning high-energy grooves for beachfront dance parties. For years, that nightclub was Nikki Beach. Since 2015, however, it has been another club, that like ME Cabo itself, can trace its origins to Spain’s Balearic Islands: Blue Marlin Ibiza. Much like its predecessor, BMI boasts excellent poolside fare and ambiance by day before transforming into a delightfully decadent nightclub as sunset approaches. Its space is enormous, ranging from a beachfront chill space to an enormous pool deck surrounded by fashionable daybeds and lounges, and an indoor club that accommodate up to 200 revelers. No wonder then that BMI hosts some of the biggest parties and special events in Los Cabos, including the famed White Party each May. 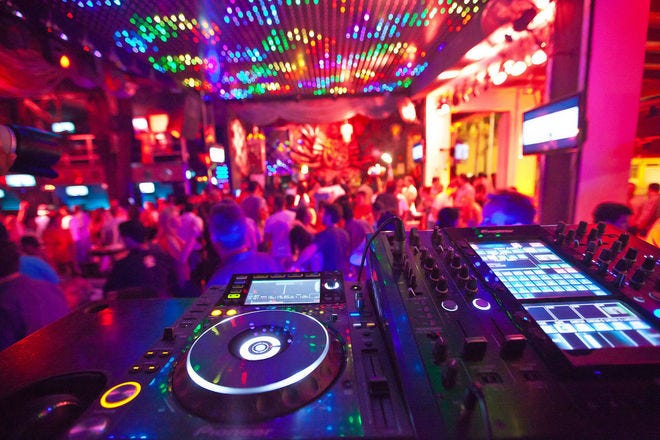 The Cabo San Lucas version of Mandala (their original location is in Cancún) offers a more traditionally club-like atmosphere than next door neighbor El Squid Roe, with great dance music from a rotating cast of international DJs, colorful lighting, upscale décor, and a full slate of VIP amenities. Along with Pink Kitty and El Squid Roe, this is the top nightclub in the traditional downtown nightlife district, and one of the better spots for after midnight, bottle service related revelry. The dance floor is huge, with celebrity DJs imported for special occasions. Mandala throws the region’s best Halloween party, crushes New Year’s Eve, and is among the top local late-night hangouts for visiting celebrities.

Recommended for Gay Clubs because: This downtown Cabo San Lucas dancing and drinking spot welcomes everyone.

Chris’s expert tip: VIP tables are the most in-demand amenity, and can be booked in advance by going to mandalatickets.com.

Billed as “the official gay bar of Los Cabos,” Chandeliers has been the center of Cabo San Lucas’ LGBT scene since its opening several years ago, drawing lively crowds with theme nights, strip and drag shows (Boys n’ Heels are a local favorite), beer and cocktail specials, and pumping music courtesy of the house DJ. The club is located above Brazilian steakhouse Madeira, about a block from Cabo Wabo Cantina. Days and hours have expanded over the years as its popularity has grown, and Chandelier’s is now open five nights a week (Thursday – Monday), from 9 p.m. to 5 a.m.

Recommended for Gay Clubs because: This is the best gay bar in Cabo San Lucas.