Recently renovated rooms and a revamped restaurant make Lizard King Resort in Puerto Viejo de Limon, Costa Rica, a hotel well worth checking into, and especially hard to check out of.

Ideally located along the main road but far enough from the late-night party scene that Puerto Viejo is known for, Lizard King Resort feels like an oasis hidden from the rest of the world – even though some of the Caribbean’s most beautiful beaches are just a stone’s throw away. 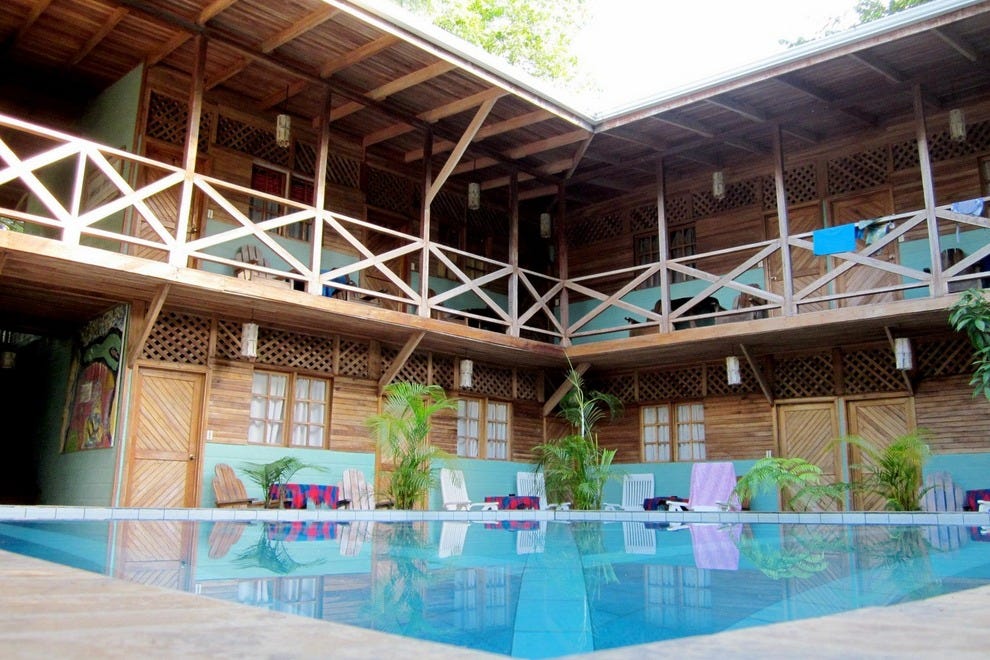 When it first opened in 2000, Lizard King Resort was the only modern hotel in the area. But over the years, the cozy rooms surrounding a sparkling square pool were somewhat more rustic than chic.

A couple of years ago, one of the founding family’s sons set out to restore Lizard King Resort to its original grandeur, and they ended up taking the renovations to a whole new level.

By tearing down walls, expanding smaller rooms into larger suites, overhauling outdated bathrooms with all new fixtures and refinishing the precious wood from with which the hotel is built, Lizard King Resort is celebrating its 15th anniversary in a way fit for royalty.

Lizard King Café has long been an insider favorite for its breakfast, which is included for guests of the hotel. But whereas its pancakes were once the most legendary item on the menu, now there are several stellar standouts, like Reggae Roots Nachos and the Classic Casado, both nods to local flavor that exceed expectations.

Seating is available downstairs and upstairs, where new customized king-sized chairs are perfect for lounging, and every table offers an excellent view.

One thing that hasn’t changed is Lizard King Resort’s dedication to its guests. While an aloof attitude tends to permeate the customer service vibe on the Caribbean coast, the staff at Lizard King wears genuine smiles and everybody seems happy to be there.

Rooms are kept immaculately clean, local tours are easily booked at reception and special requests are met as often as possible.

With all the renovations at Lizard King, one might expect an exorbitant leap in price. Thankfully, that’s not the case here.

Rates for two start at a surprisingly low $69 per night, which includes breakfast and high-speed WiFi. And rates are only slightly higher during the high season and major holidays.

If there’s a catch, it may just be that you’ll end up wanting to leave your old life behind and stay forever.