It comes as no surprise that Mayfair – London‘s capital for all things opulent and beautiful – is where you’ll find a healthy amount of Michelin-starred restaurants. They either flaunt it with stickers in the windows, or take it in well-practiced stride, the kind that surely must be taught to French children from grade school.

Galvin at Windows, without the option of decorating their eponymous windows, and whose staff seems utterly focused on quality and ambience, is anything but predictable.

This London restaurant is extraordinary. 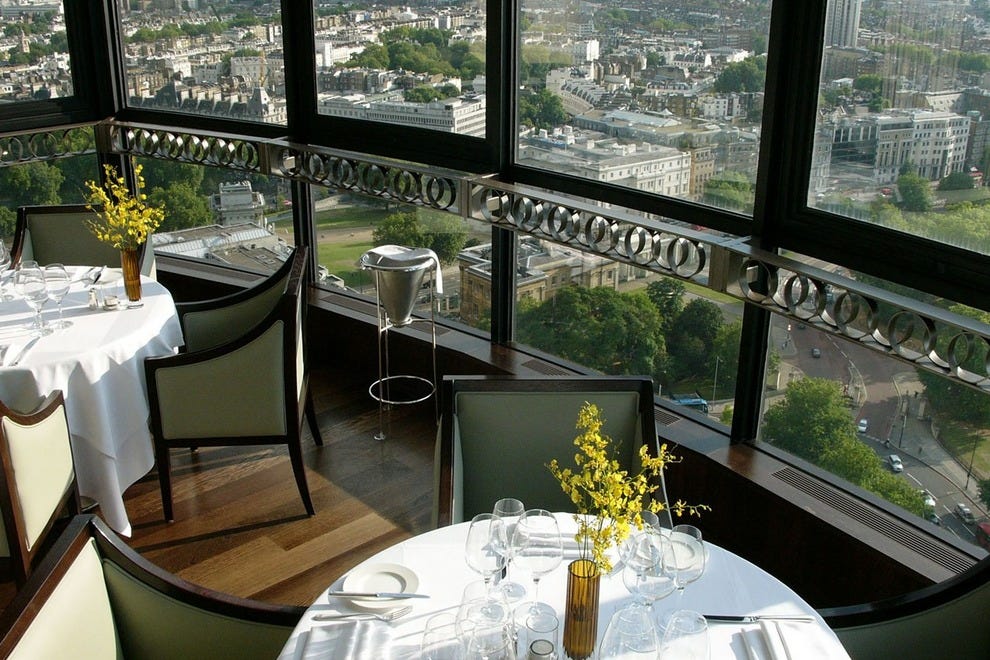 But then we’re far from the first to take notice of the Hilton’s crowning jewel. Its Art-Deco-extravagance-meets-classic-French-form approach to luxury dining has seen it take home the Hotel Restaurant Team of the Year award from the Hotel Cateys Awards (2007); the Best Front of House award from Tatler (2007); and the Best Hotel Bar award from Imbibe Awards (2009).

In 2010, General Manager Fred Sirieix was nominated Manager of the Year at the Cateys – an awards program for hotels, hoteliers and front-of-house staff – and in October 2011, he received the illustrious Personality of the Year award at the National Restaurant Awards. 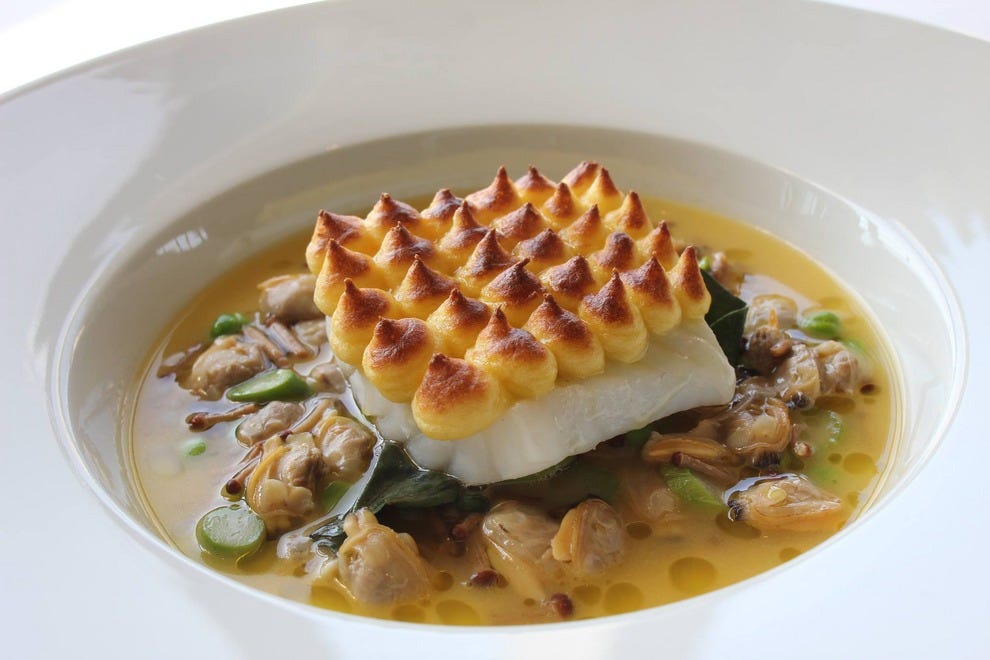 These would be little more than a series of fun facts were the restaurant’s menu not to live up to the hype. Phoning it in is not unheard of amongst the centuries-old Mayfair institutions when it comes to actual chow time.

So let us say this: The white garlic velouté (accompanied by native lobster, confit egg yolk and black garlic cream) truly seems to warp time. This is convenient, as it’s the first thing a visitor might consume after their delectable amuse-bouche, as it provides the rest of the meal with a dreamy quality.

Combine this with the vertigo, and the experience borders on psychedelic.

The “Prestige Menu” will get you three courses for £70 – a steal for the neighborhood. The sea bass with potato crust, chicken oysters, fennel purée and jus gras has the comforts of the Sunday roast put through the culinary transmutation of Chef Joo Won, who cut his teeth at Le Cordon Bleu in Marylebone. He was even part of Galvin at Windows’ 2006 launch team. 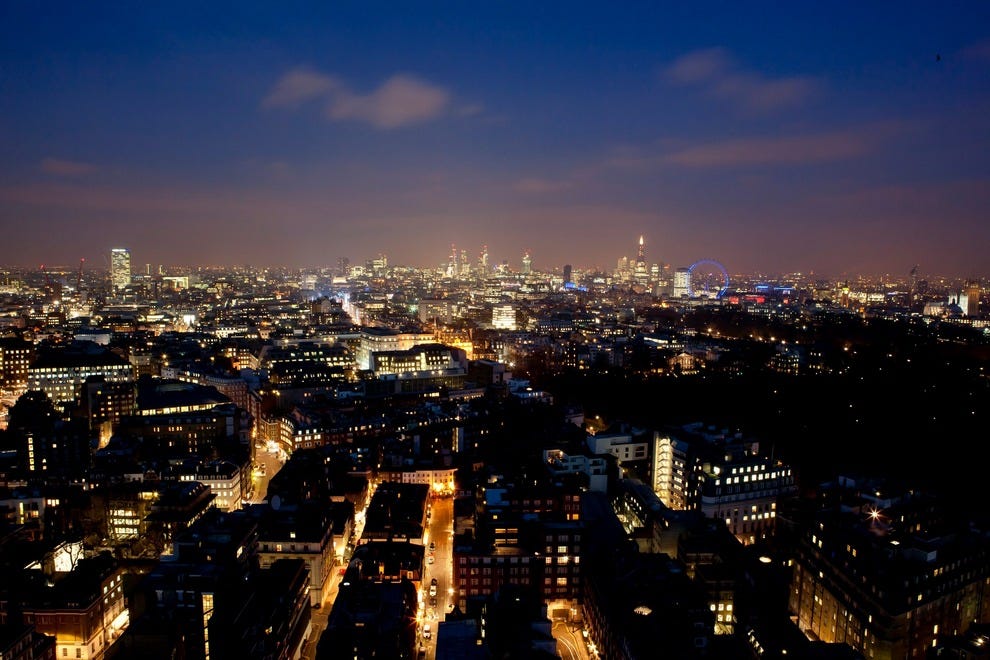 There’s a distinct absence of the kind of gastro-trickery you might find with young chefs new to Zone 1, whose punk guilt might land a martini glass full of pig-head-dust on your table, or some such experimental showboating.

No, sir. The pig’s head at Galvin at Windows comes crispy amid a roasted cutlet of Iberico pork, carrot and cumin purée and the dazzlingly named jus diablo.

Side dishes (at £6 each) of pomme purée and tenderstem broccoli stand up against the rest of the menu’s near-overwhelming savoriness.

Galvin at Windows is old-school glamour done right, with the views acting as a natural digestif to your almost paralyzing sumptuous meal.

Don’t worry: when the time comes, you can saunter back to speedy lifts, which will take you back down to earth.