This exhibit in the heart of the city center is not just about the human body, but also the human soul 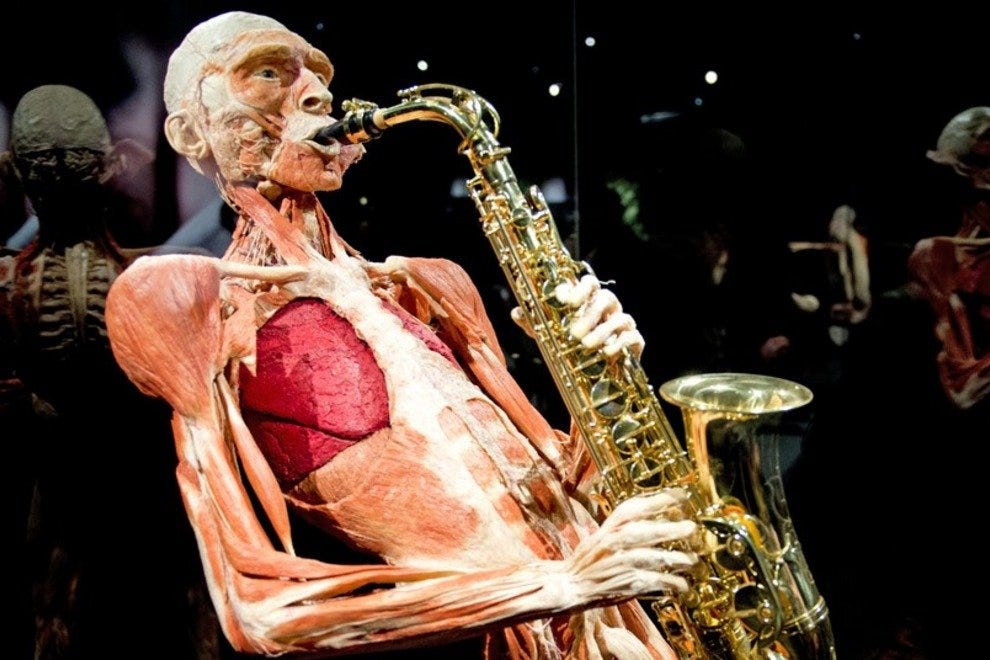 On a trip to Amsterdam, there’s so much to see that choosing the attractions that suit you most can be a hard thing to do. Of course, there are the museums like Rijksmuseum and Stedelijk Museum that should not be missing on your to-visit list. But there’s more in Amsterdam! Especially in the city center of Amsterdam, there are a number of things to see. “Body Worlds: The Happiness Project” is one of the newest additions to the long list of attractions in Amsterdam.

Body Worlds opened a permanent exhibit in Amsterdam at the Damrak 66. “Body Worlds: The Happiness Project” in Amsterdam tells the amazing story of our bodies and the influence that the emotional phenomenon of ‘happiness’ has on our health. Over 200 anatomical specimens of real human bodies reveal the complexity, resilience and vulnerability of the body. It’s an inspiring, interactive exhibition that reveals how happiness affects both body and soul.

“The Happiness Project” is located in a historic building in central Amsterdam. Once housing the American Express offices, the building has been completely restored to accommodate the exhibition. You start your visit by taking the lift to the 6th floor. Then, you take the stairs down through each consecutive level of the exhibition, as the exhibit is divided over all six floors of the building.

Also known by its German name Körperwelten, this is the only exhibition ever of human anatomy to use a donor program. After the success of the traveling Body Worlds exhibitions in Rotterdam (2010/2011) and Amsterdam (2012), creator Dr. Gunther von Hagens decided to open this permanent exhibition in the center of Amsterdam. 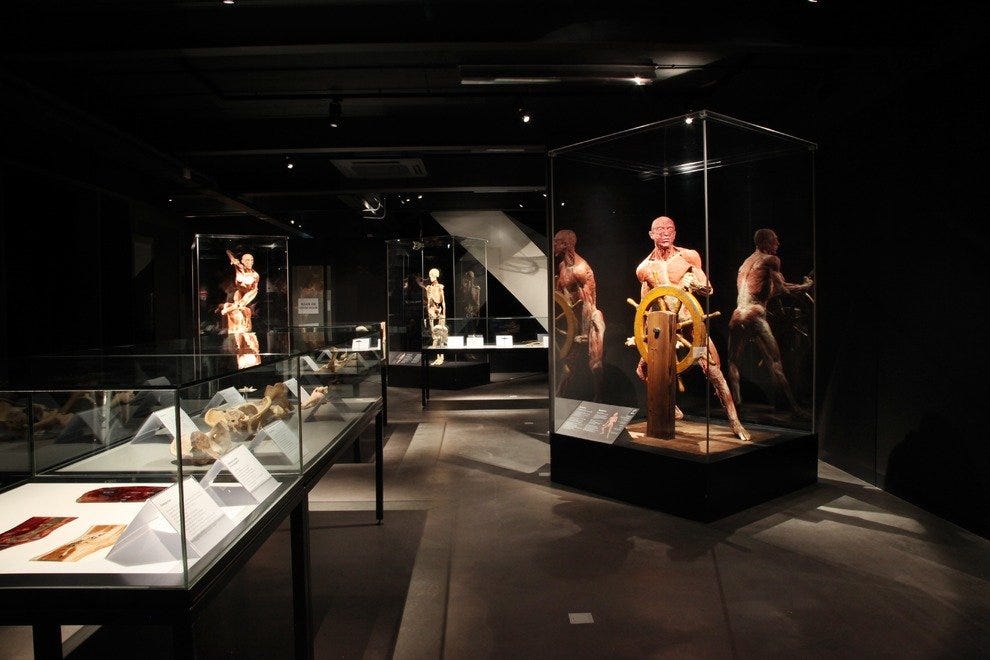 The exhibit is an impressive new attraction in Amsterdam. It’s interesting to go and see with kids or just as a couple. The uniqueness of “Body Worlds: The Happiness Project” makes it interesting for educational purposes, too. Where in the world can you see the human body from the inside?

The 200 bodies in this exhibit are shaped in positions living people would be in when they are interacting with each other. It’s quite impressive to see how the human body moves and uses the muscles. But this is more than a science exhibit. “The Happiness Project” tells the story of happiness in relation to the body and soul.

“The Happiness Project” is open daily. The upcoming schedule is as follows: